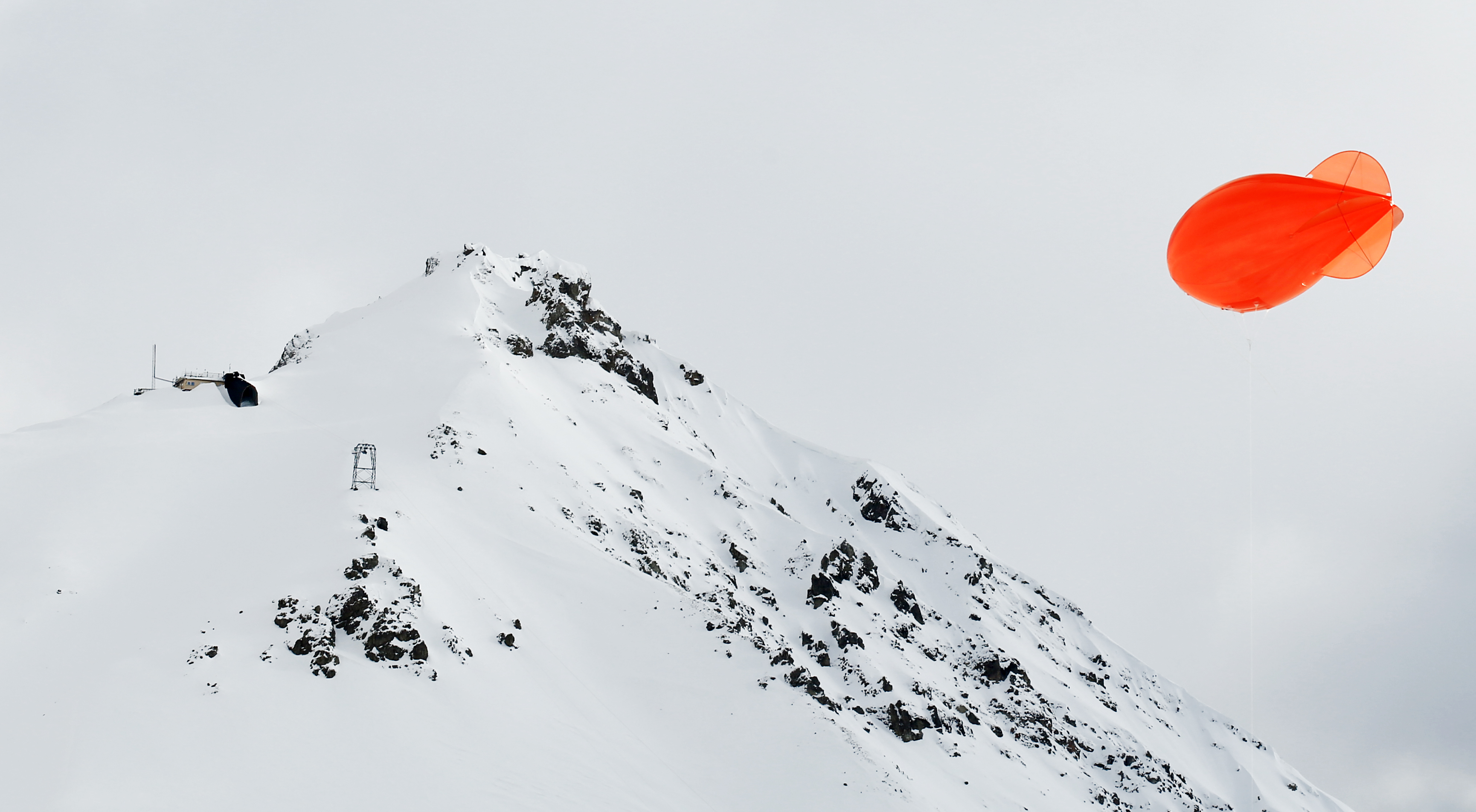 Emilija Škarnulytė (b. Vilnius, 1987) is a visual artist and filmmaker based in Tromsø, Berlin and Vilnius. Her films look into the cross sections of invisible structures, deep time, geo-traumas, identity and geological ungrounding processes. Škarnulytė holds a BA from the Brera Academy of Fine Arts in Milan, Italy, and an MA from Tromsø Academy of Contemporary Art, Norway. 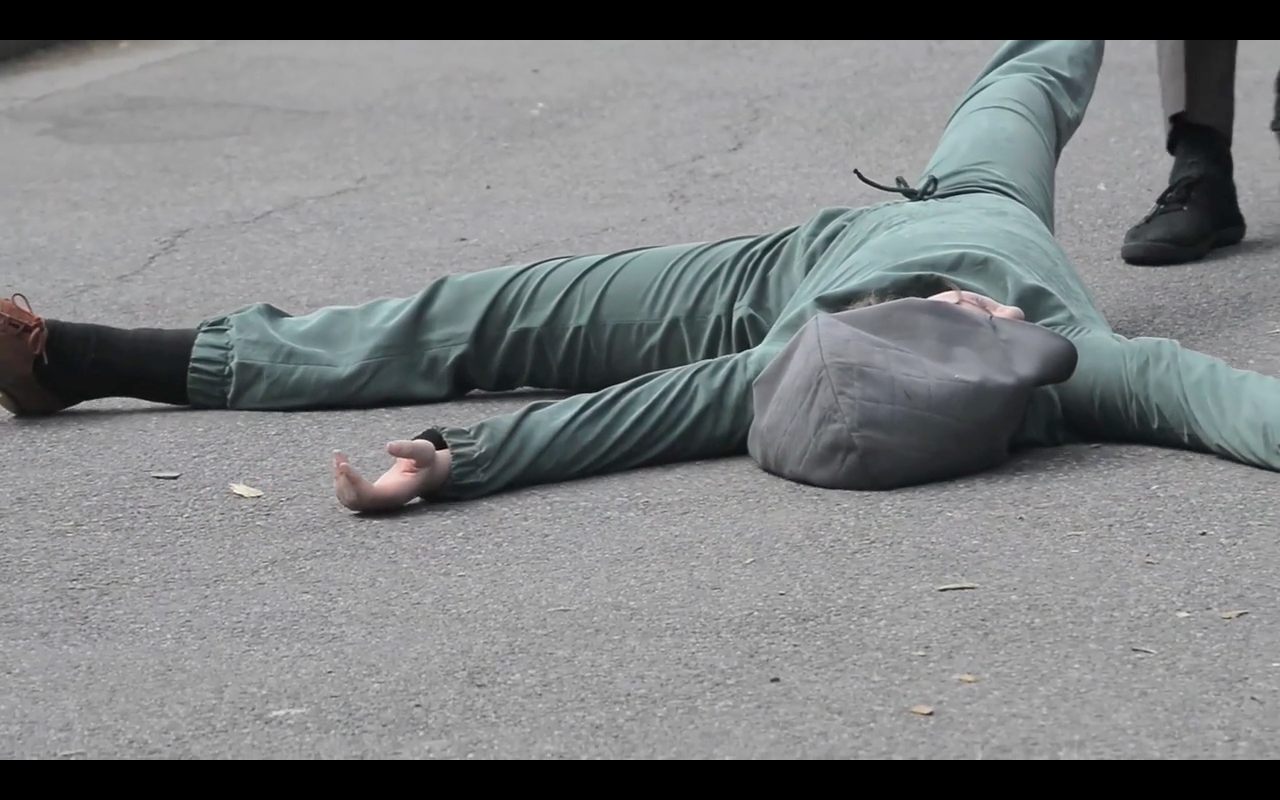 Slips in public space combines the artist discussing her work with documentation excerpts from the works Some Were Carried, Some – Dragged Behind (2015); Choreography for the Running Male (2012); and Skateboard Prayer, or Head Below the Heart (2016).

Eglė Budvytytė is a visual artist based in Brussels and Amsterdam. She creates performance situations to explore the relationships between body, architecture, environment and audience. By choreographing performers to enact gestures that can often seem contradictory to their surroundings, uncannily out of context and sometimes filled with a sense of emergency, she looks at the body’s ability to challenge conventions of conduct and the narratives of normativity implicit in public spaces. 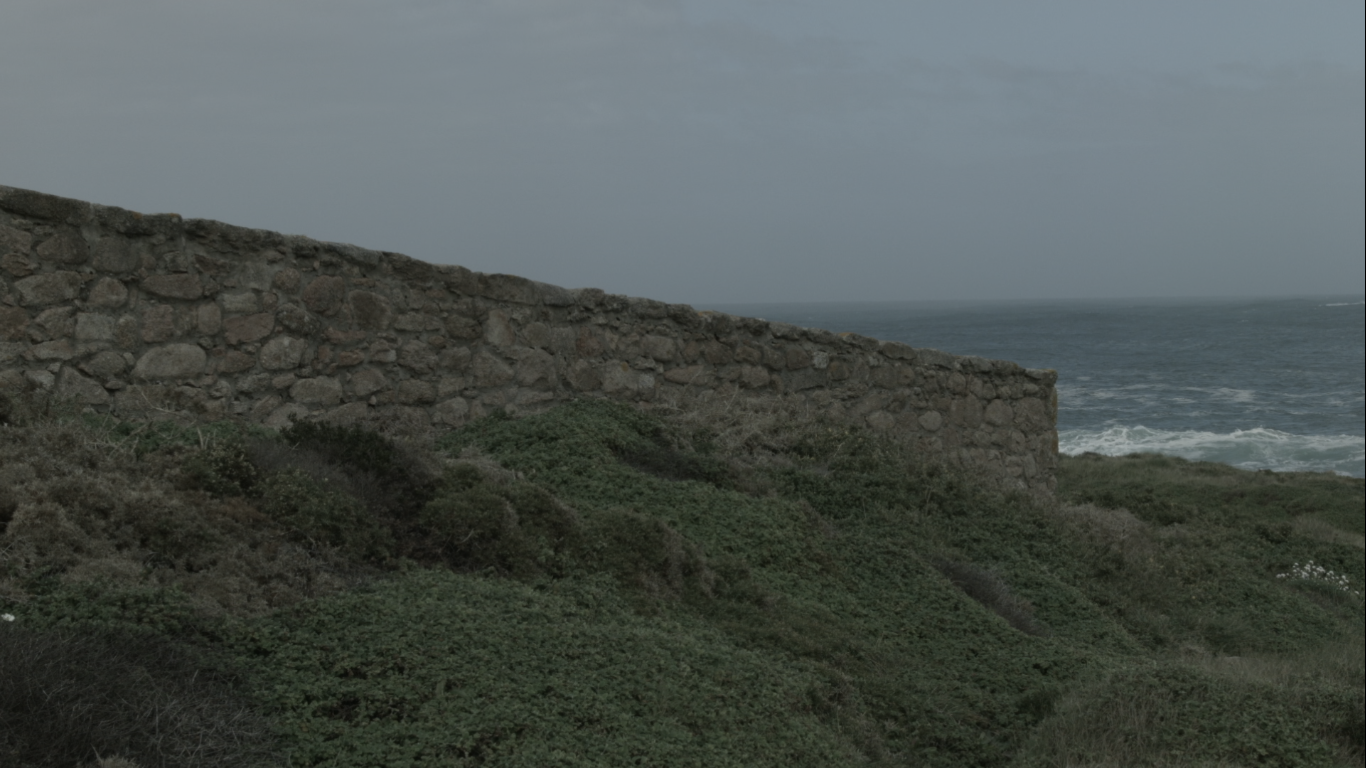 Vincentas Seneckis (1868 – unknown) was born in Vilnius, then part of the Russian Empire. He studied Architecture in Riga Polytechnicum and worked in London as a landscape architect from 1893 to 1904. Influenced by the intellectual Barallat, whom he met at the turn of the century, Seneckis wrote the book “Et in Arcadia Ego: on the relation between landscape and the mind”, that earned some recognition. In the British capital, Seneckis met a Portuguese translator, Maria Júlia de Cardoso Mendes de Campos, the only daughter of the 4th Baron of Candal. Vincentas and Maria Júlia married in 1904 and lived in the North of Portugal – between Porto and the São Cosme e Damião coastline forest – until 1911, the year of the tragic and mysterious murder of Maria Júlia, a wrongful victim of a gunshot intended for the baron. After the death of Maria Júlia, it is said that Seneckis, in the couple’s favourite place on the coastline, designed and built all on his own a mausoleum where he buried his wife. Today, this “cemetery of the Lithuanian”, as it is known locally, is considered a funerary architecture reference in Portugal for its intricate relation with the landscape. Seneckis went back to Vilnius around 1913. He stayed there for two years until the German army occupied the city. Around this time, he tried to go back to Portugal. However, there is no evidence that he ever arrived there – it is speculated that he made it to the United States, where he dreamt of going in his youth.

Eglė Bazaraitė is a PhD candidate in architecture, in Lisbon University (UL-IST), where she is completing her research on Catholic cemeteries in Europe and their pagan dimension. www.eglebazaraite.net

Eduardo Brito works in cinema and photography. Recent works include the short film Penúmbria (2016), the screenplays for Paulo Abreu’s film The Scoundrel (2012) and Manuel Mozos’ The Glory of Filmmaking in Portugal (2015). www.eduardobrito.pt

Eduardo Brito and Eglė Bazaraitė reconstructed a story of Vincentas Seneckis using facts each of them knew about this persona. Et In Arcadia Ego is a docu-fiction that leads the mind through the landscape of one person’s life, tied and torn apart from Lithuania. 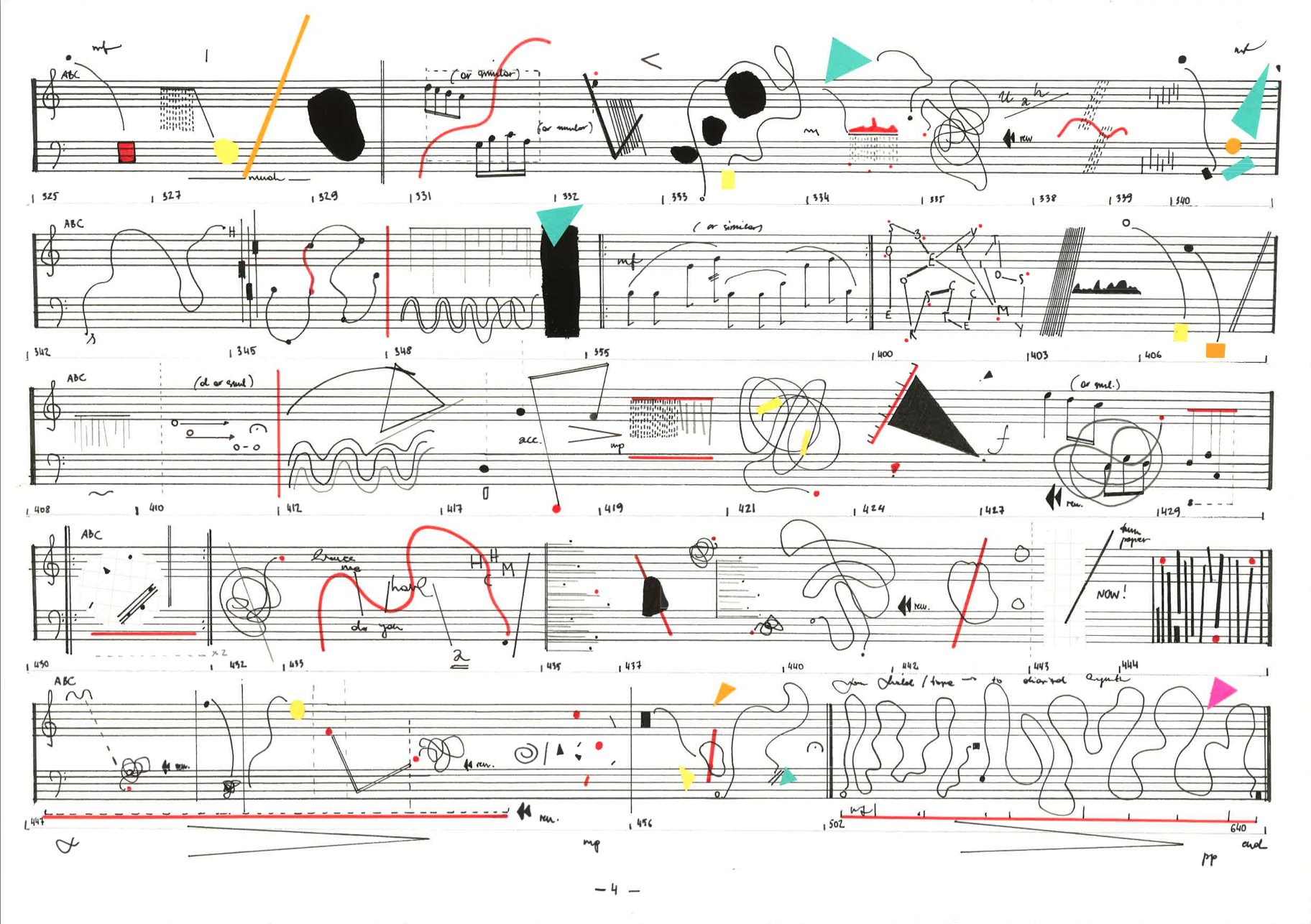 In What Happens When Something Happens?, Kazlauskaitė revisits the spaces where she grew up, through sonic memories. She creates an encounter between her grandmother and the internet (google generated street images) in order to revoke her recollections of certain spatio-temporal encounters through chaotic sound structures, rather than linear visual narratives.

Sandra Kazlauskaitė (b. Kaunas, Lithuania) is an artist and researcher working across the disciplines of performance, sound and video installation, as well as theory-led projects on sonic culture. Kazlauskaitė primarily constructs sonic collages and improvisations, collects field recordings, creates audiovisual artworks and creates non-musical objects. Her artistic interest lies within the immanence and materiality of sound, as well as its techno-mediated phenomenological potential. Currently, Kazlauskaitė is undertaking a research by practice PhD at Goldsmiths, London. 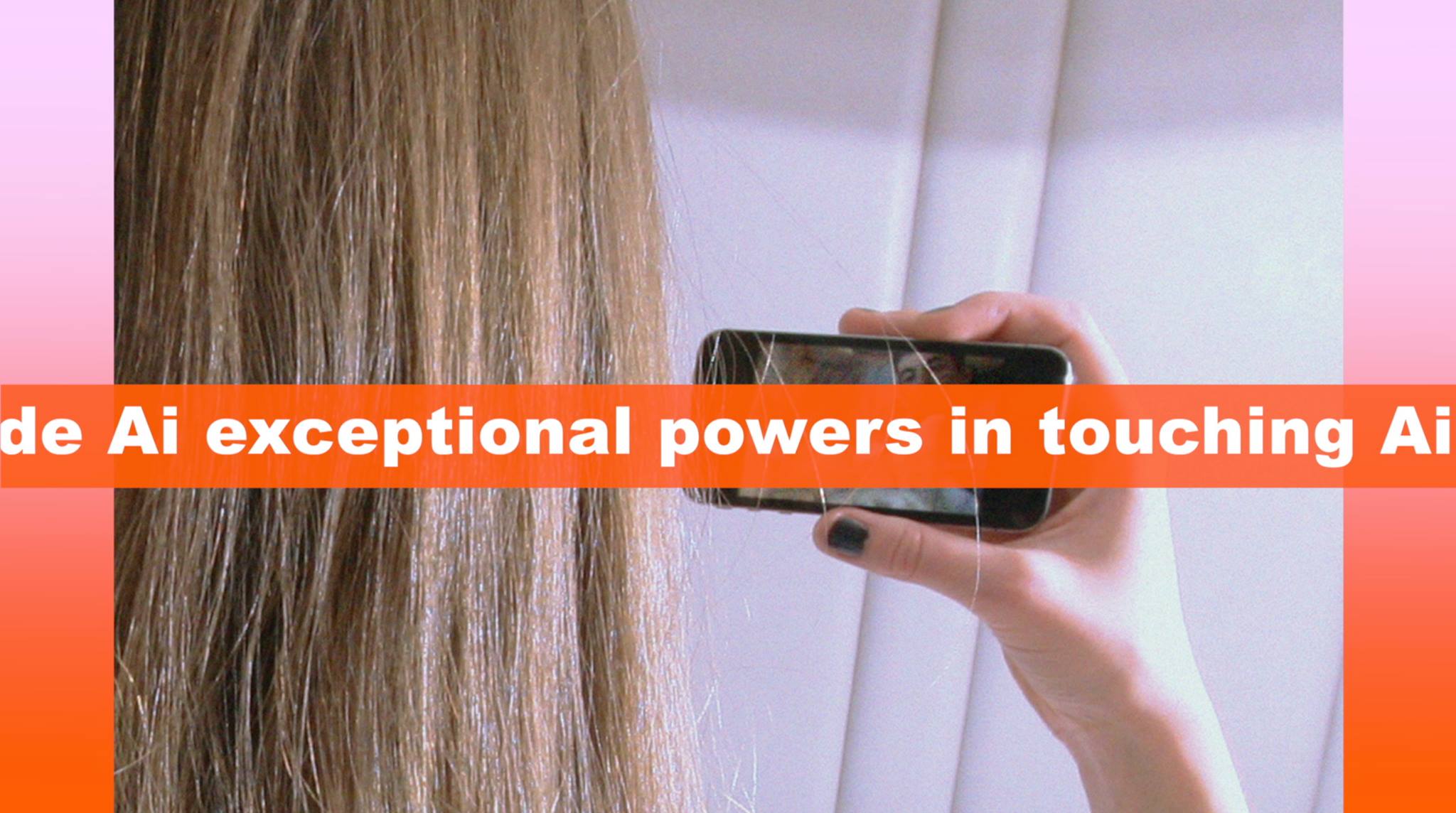 Created in 2014 by Dorota Gawęda (b. Poland) and Eglė Kulbokaitė (b. Lithuania), Agatha Valkyrie Ice is an ongoing, multi-platform, multi-user, participatory, self-performance project that aims at developing a fictional postgender character within an existing confined framework of social media platforms. Agatha is a companion species, here to think with and with which to invent a body and sexuality of one’s own. Agatha is immersed in a constant process of becoming; a loop of re-posting, re-staging and re-appropriating expressed in textual form, on social media as well as IRL.

The video presents documentation of an extended enquiry into non-spaces, following the exhibitions: EPISODE X/CHAPTER 3: BEDROOM, art monte-carlo, Monaco, 2016; Agatha 1.2.0.1 and Agatha 1.2.0.2 (conceived of in two chapters in separate location in Berlin, 2015). The projects imagined Agatha’s character in several distinct spaces: a veranda, a hotel room, within an established art institution, within an art fair and bedroom setting, and were simultaneously a presentation of scents developed with the support of International Flavours and Fragrances, New York (IFF Inc.).

Ulijona’s practice embraces the margins of popular culture. She is interested in harmony and tunelessnes while looking for a moment when recognisable things lose their purpose, like a word repeated many times becomes a sound and loses its meaning.

In Eyebrow Ulijona reads a text about her grandfather. 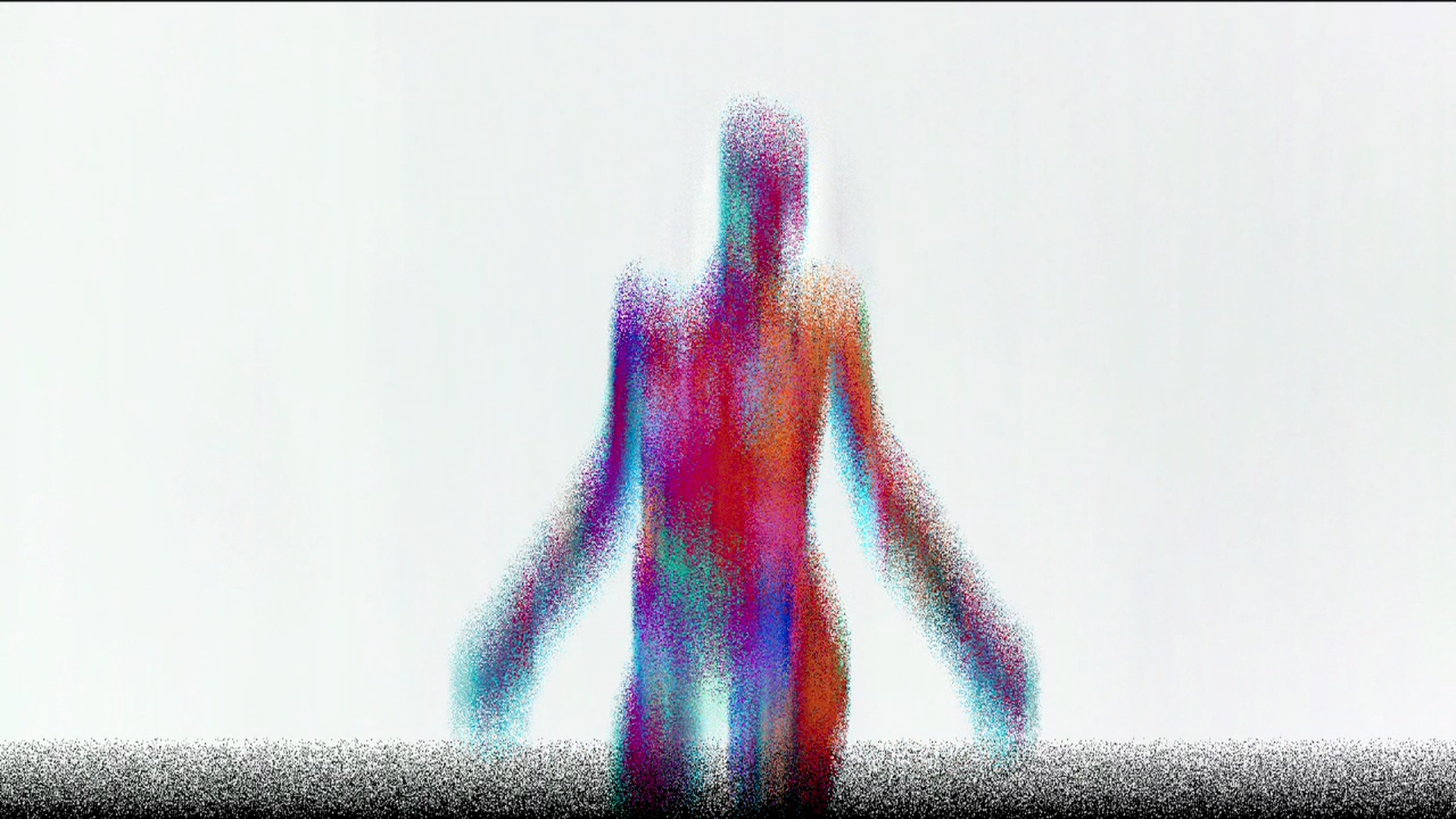 In the film Decadentia Goyd speaks about her interest, from an early age, in images of the body in art. Her works try to balance between neutral decay of bodies and the meaning of “Decadentia” as a possible phase of social degeneration, where bodies are not just decaying, but are being exploited for the sake of infinite – yet paradoxically – very finite pleasures.

Julija Goyd (b. Vilnius, 1979) lives and works in Berlin. After years working in finance management she gravitated to the worlds of acting, advertising and fashion. Since 2010 she has been working with photography and video.

In Touch to Me Vytas is on the phone, on skype, or just talking telepathically to a lover, a lonely stalker, or an automated voice. He tries to persuade the unseen and egotistical interrogator to pursue something idealistic – that is, above values – where feelings can be true and valid without superficial virtues.

Vytautas Jurevicius a.k.a Vytas (b. 1981, Palanga, Lithuania) is a founder of the Institut of Emotional Bodies. He has studied at the University of Applied Arts, Düsseldorf; Academy of Arts, Karlsruhe; and Staedelschule, Frankfurt am Main.